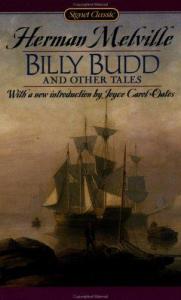 Overview:  This is a story of the adventures of a sailor, Billy Budd, impressed into Her Majesty’s Navy

What they’re saying in the Prepwise staff room about Billy Budd:

Chris: “On one level, this is an exciting tale of a man at sea.  On another, it is a tale of innocence, both literal and metaphorical.  This is a tough read, but I read it as I was interested to see how a second person would finish another’s story.”

Karen: “Billy Budd is a much more complex, difficult book to read when compared to Melville’s Moby Dick, and can in parts seem disjointed. This tells the story of a sailor who is wrongly accused of mutiny while also describing in some detail, life on the sea.”