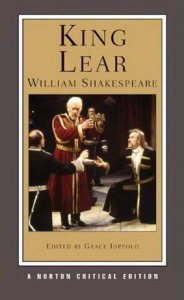 Overview: King Lear is stepping down and wants to divide his kingdom among his three daughters, but first they must pass a test.  The play follows the devastating effect  has on the parties involved.

Chris: “A horrifying portrait of a man’s descent into madness.  Your children can, quite literally, be the death of you.  Not Shakespeare’s best, but it is so often referred to and referenced, I recommend at least one reading.”

Ethan: “King Lear is Shakespeare at his darkest. I’m amazed at how relevant this play is today with so many people caring for elderly relatives.”

Karen: “A tragedy by Shakespeare about family and betrayal. The characters are enthralling, particularly Cordelia who has a strong moral compass and genuine emotion.”