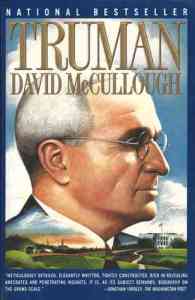 Daniel: “In college there is a saying: “don’t take classes, take faculty”, meaning attend the planned lectures of engaging professors over the selection of a specific topic of interest. David McCullough has a masterful command of words and is a breathtaking storyteller. In this book, McCullough selects a compelling political figure in America’s 33rd President, Harry Truman. This underestimated man from Independence, Missouri and failed haberdasher made very difficult decisions throughout the course of his presidency and decades following his White House tenure became one of Americans most well-respected political figures.”