I recently blew a gasket when  student asked me to reconfigure his study plan for the umpteenth time. He hasn’t followed any of the plans I’ve created for him and always has an excuse . . . none of which have been compelling.

So here’s the scoop, if you want to be mediocre, keep doing what you are doing. 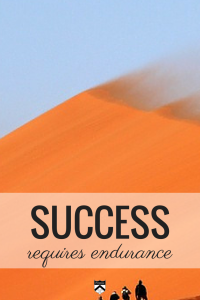 If you want to be extraordinary, something has to give. You will have push-back, you will have conflict and you must change the way you approach challenges. What do you have to lose?

When it comes to studying, particularly for a test like the GMAT, you either bring full intensity for a short duration or you bring intention to Master over a longer duration. It is a lot like running. You either run sprints or you run long distance. A smart runner does not attempt both at the same time. Either choice will lead to success, you know what will fail you?

Trying to average the two.

Working at the marathon pace for 6 weeks won’t help you run the marathon (unless you’ve done several before). You need the full 10-12 weeks to acclimate your body. But you can probably learn how to do one great sprint in the next 3-4 weeks. So, either sprint or go for long distance. Focus your intensity for 3-4 weeks or plan to master the material over a few months. It’s the battle of anaerobic versus aerobic. Here’s where the trouble brews, students will say, “I’m too busy to handle the intensity of the 3-4 week plan, but I want to get this over with soon. What can we do in 6-7 weeks?”

The in-between time puts your brain in the “aerobic” mode. So, it operates more slowly. It operates under the idea that you are seeking to master the material over a few months. So, your brain is barely getting started when you cut off the process after 6-7 weeks. It wants to work with you, but you are prematurely cutting it off.

As a teacher, it is painful to watch. Students just want to average the two ideas. Too bad that doesn’t get you at least an average result. Instead, it sparks the perpetual cycle of failure that many students simply bring upon themselves. At the very least, it wastes your time. Don’t be shy, pick a path.

So what in the world is Dragon Drop? A short cut that turned out great: Drag and drop . . . dragon drop. Nothing average about it!

Time Needed to Prep for the GMAT