Congratulations to the Class of 2018!

You’re in and preparing for the best 4 years of your life….

But what if you’re not.

Perhaps you didn’t realize school was important until your Junior year and you didn’t do so well on the SAT? And you aren’t likely to make the athletic team at the collegiate level? And you mean well, but you haven’t really been involved with your community in any meaningful way?

If you are now facing a bunch of rejection letters, turn the sting into something positive. You are an ideal candidate for a gap year.

Gap Year: opportunity for student to pursue meaningful work toward his intended career, his community, or his academic profile. 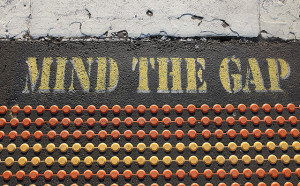 What a gap year really isn’t – a chance to goof off, gallivanting around Europe/Asia/Latin America, etc. You’re old enough to vote or nearly so, and it’s time to put you to work.

You need to improve your application before the next set of applications are due. So bolster your weak areas or make progress in building your future.

Hey Parents! This gap year can be a lot less expensive than a 5th year of college and can magically light your child’s inner fire if planned well.

Even if you aren’t totally sure what you want to be when you grow up, you should have a plan. I ask my students to create a Plan B for what life looks like in a gap year, before writing the apps. It turns out that the insights gained while planning for the worst case (zero admits) help the students craft more meaningful personal statements when it comes time to write the apps. The same can be true for a gap year student.

(Note: some schools will not require/accept re-application essays and will only accept updated transcripts and letters of recommendation – play your cards accordingly!!)

1. Put some serious thought into what you want your life to look like in 15 years. This process can take several days, but beware the tendency to push it off – that’s what put your application in hot water this year.

2. Now pick one of the areas you’ve identified, for example a Marine Biologist working in the Red Sea. Determine what you can do to bridge your knowledge gap within the next year? 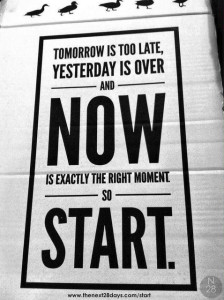 Graduate, but then get on with it. Spending the summer lounging with your college bound buddies is likely to make you feel like a total loser. Go claim your next step. If you wait for Autumn, your applications for the next class will be no better than this year’s.

****Okay, so inevitably parents (more than students) will say, “But John doesn’t know what he wants to do and needs to go to College to figure it out.” Yes, but politely no. If you aren’t clear what you intend to get from the college experience you are more likely to float along, get acceptable grades based on your cultural norms and then graduate with a socially directed path to a job (which may or may not even be available), but no deeper interest or connection to a chosen career. Lack of decision is equally a decision.

Put in the effort to chose a path now. The act of choosing is powerful.

Wow! College Admit rates are even worse than you thought….